Across the main alfalfa seed production area in the South East, South Australia the break in the season didn’t arrive until May, which delayed getting majority of the new plantings in the ground whilst we still had good soil temperature and before the cooler wet months of June and July arrived.

Above average rainfall has fallen during July, August and September. Newly planted stands around Keith and Tintinara have established well (generally lighter soils) and weed control has been on time. Once you start getting around Mundulla, Frances and Naracoorte seedling stands vary with weed control due to traffic ability on some soils. Stands that were planted in May have far more vigour than stands that were sown in June or August, with a handful of sites still to be sown due to water logging and paddock preparation. These will be sown within the next three weeks.

Established irrigated stands have benefited from the good rainfall flushing the salts through the soil profile that have built up over the last couple of years. Plants have much better vigour compared to the same time last year and general winter weed control has been good. With the good amount of rainfall received, dryland stands are also looking good with a full soil profile and an increase in dryland area locked up for seed production will occur. 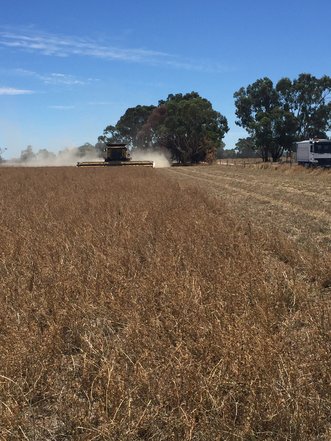