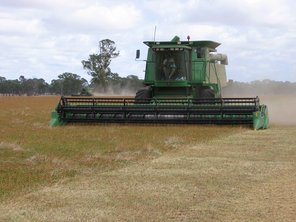 2018 harvest is underway with the first crops of Balansa and forage cereals reported to be in the silo. The spring conditions have been favourable throughout the majority of our temperate growing regions and we anticipate yields to be on track for an average season. We have however experienced an unprecedented weather event in the first few days of December which delivered 20 to 150mm of rain across South Eastern Australia. We hope we have avoided too much damage.

It has been a vastly different season in Northern Australia, which has seen very dry conditions throughout autumn and winter. This has had a dramatic effect on yields to our tropical production crops and subsequently we are experiencing short supply of some key species. Albeit, the opening to the Northern wet season has occurred earlier than usual and this has allowed our tropical seed production crops to be sown into ideal soil conditions, indicative for a positive season ahead.