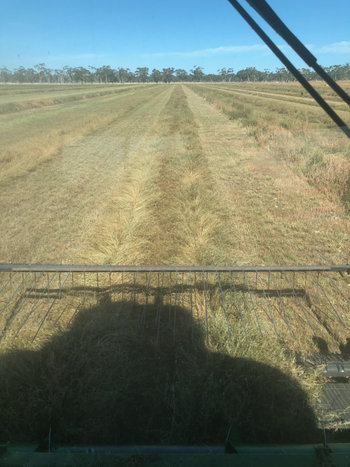 The Australian harvest has been going on in earnest for the past few months and now coming to its end as the alfalfa nears its conclusion. To date yields across many crops were extremely variable and mainly in part due to high rainfall events and erratic temperature levels during key periods of December and January.

Market demand for Alfalfa remains soft as global supply remains good. Demand from key markets such as Saudi Arabia remain unclear as uncertainty around water restrictions continue to have a negative impact on buyer confidence and the South American market has also been subdued by drought in key regions. On the positive, demand from South Africa and North Africa has been steady and demand for Barenbrug products has remained positive, in particular for our Agricote product. Overall an average Australian crop is expected despite difficulties with early seed set.

Sub-clover Clover was one crop that was significantly impacted by December rainfall, in particular Brachcalycinum spp and Yanninicum spp with supply extremely tight. Black Sub-Clover supplies are currently ok and strong prices underpinned by a healthy domestic market. Supplies of Black Seeded Sub-Clover are starting to tighten up so I strongly urge any buyer looking for this product to contact us sooner rather than later. The Haifa White Clover harvest was also another effected by weather with overall Australian production expected to be well below average and while demand for White Clover is not exceptionally strong now, it will only take a small shift in the market to clear our Australian production.

Overall demand on annual clovers and vetch has been steady with Europe that main buying market but overall demand from this market has been quieter than what we have seen compared with the past 2-3 years. Supplies of certified RM4 and Capello Vetch, Persian (Laser, Lightning and Nitro), Arrowleaf (Zulu II and Cefalu) and Balansa (Bolta) Clover remain good.