The international market is an ever evolving beast and change is it’s only constant.

2017 has been a mixed bag. Demand for Persian clover was extremely strong and quickly left us in a sell-out position while demand for Vetch, Balansa and sub-clover clover was steady without being sold out. The European market was stable across most of our annual products and we expect to see good demand for Persian clover again this season. All other markets were extremely variable in their individual demands.

The biggest changes we currently see are in the white clover and alfalfa markets. White clover has had a slowdown in demand from China which has forced cheaper prices out of Europe and New Zealand. An increase in acres planted in New Zealand this season will also have a negative effect on prices so it’s expected this market will remain soft for the short term.

Australia’s Alfalfa harvest was back circa 40% on average yields, whilst not great for the seed producer, it has turned out to be a positive, as orders from Saudi Arabia were 40-50% back on historical averages. Most other markets remain subdued as they await the for European and USA harvest material to be ready for sale, and their expected seed availability will be good in the coming months due to successful harvests. Sales of Barenbrug Alfalfa products still remain very strong, and we are again sold out on most varieties which is a testament to the strength of their performance to generate demand in a softening market. I would encourage anyone who is looking for these products to get in early for their 2018 requirements. 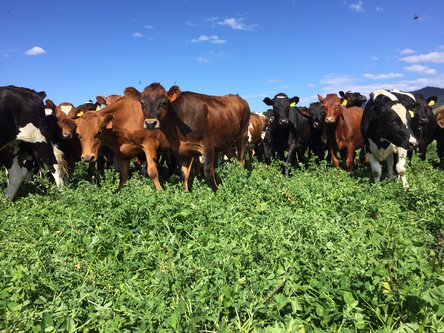