During late autumn areas in Southern Australia were breaking records for all the wrong reasons. We experienced a very dry start to winter during the months of May and June with some areas having their driest period on record. This resulted in some of our production crops; Vetch, Alfalfa and Medics being sown well outside of their preferred sowing window.

Fortunately the drought was broken with return to average rainfall through July and August, in fact some areas of South East South Australia and Western Victoria have had well above average rainfall causing some minor flooding and waterlogging of crops. Considering these two events we are expecting a slight reduction of yields with Persians, Phalaris and Alfalfa's due to the recent wet conditions and lower Woolly Pod Vetch yields as a result of late sowing.

Late sown lucerne due to a record breaking dry start to winter in Southern Australia. 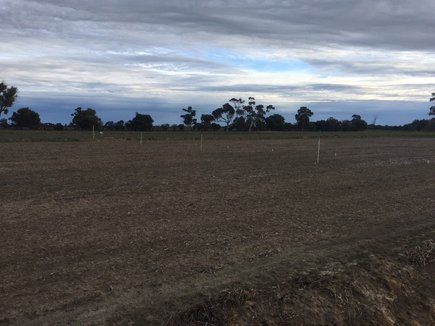