Summary of the trial concluded:

Recent studies at New Mexico State University prove the RTF maintained it’s high turf quality all summer long – even under 30% drought conditions. RTF performed extremely well in this trial – and it’s performance was the best in the hottest months.

RTF is able to stay lush and green under conditions where 30% less water was used. Tall fescue is recognised as being more drought tolerant than most other species due to it’s deep rooting ability. RTF is one of the deepest rooting varieties available. It’s roots can dig as deep as 2metres tapping into water not normally available to other varieties and species. In addition RTF has been selected for drought and heat tolerance and is endophyte enhanced which gives it an advantage that is unparalleled in the industry.

“Strathayr Turf Systems have been using Barenbrug RTF seed for the last 5 years, and what stood out to me was RTF’s ability to produce rhizomes way in excess of any other variety. So much so that I would say it would be the only, truly rhizomatous turf tall fescue on the market. With the rhizome nature and its ability to establish quicker, "Frank Casimaty, Managing Director. 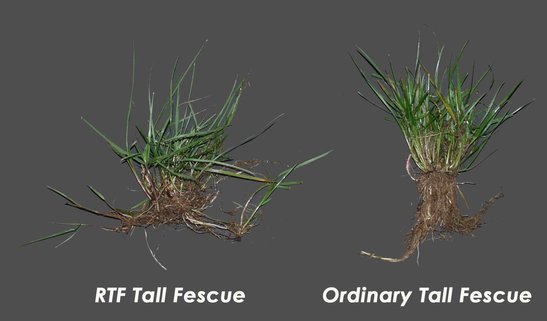 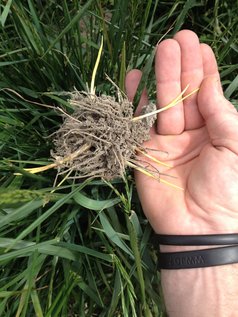