And the winner is - Optus Stadium! 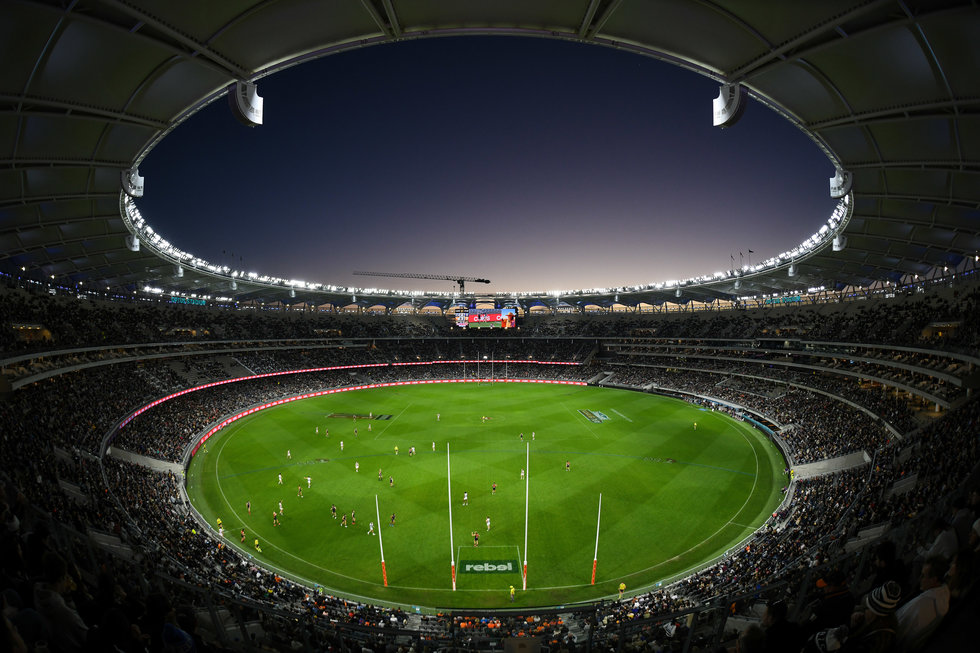 The excitement and anticipation that surrounds a grand final in any sport is something that can only be experienced first-hand. On game day, the air in the stadium is electric, the roar of the crowd, the cheers and screams of ‘BALL’, the smell of a hot pie with sauce is unique.

The teams jog onto the field for a pre-game warm-up, the officials give their speeches, the anthems are played. The sports commentators give their tips on who will win and an opinion on the condition of the ground. Spectators across the country wait in anticipation for the two best teams to play it out on a picture perfect playing surface.

The field of play, that patch of grass which has been pattern mown with meticulous perfection, looks glorious in the afternoon sun.

The 2021 AFL season will see the Grand Final shifted to Optus Stadium, Perth instead of its sacred hallowed turf of the MCG.

Underpinning the game, and the six-month lead up to this pinnacle event, is a highly tuned environment that is designed to give players the best possible playing surface. To do that is a strategic approach to give the grass just the right length, density, colour, moisture and drainage, and resilience to survive the punishing regime of sport, training and events that take place throughout the year.

Optus Stadium Arena Manager, Tony Hemming, a highly experienced turf manager says he has dreamed of the day when he would have an opportunity to present a ground for an AFL Grand Final. With 37 years’ experience under his belt, including stints at MCG, Princes Park, Docklands Arena and the King Fahd Stadium in Dubai, Tony has developed a knack of knowing how to play to a grass’ strengths and weaknesses for the big occasion.

“In any one year, we have 24 AFL games, international rugby and soccer games, a cricket Test, One Day Internationals and 13 Big Bash games. On top of that there are numerous concerts, plus training sessions for sport and rehearsals for marching events such as Anzac Day,” Tony said.

“HERO Hybrid Turf is a product that combines natural grass and artificial grass to create a hardwearing, durable, consistent and safe playing surface that meets all of the requirements for professional usage and performance,” said Erik.

“HERO has been supplied and installed at many of Australia’s stadium venues including the hallowed MCG and recent additions to this list include Eden Park Stadium, Auckland, New Zealand and Central Coast Stadium, Gosford, NSW.”

HERO Hybrid Grass is a carpet type hybrid system that offers superior performance to other hybrid systems. This is largely down to the design and construction of the product itself. HERO is a knitted hybrid with an open grid backing that ensures longevity with a 10+ year lifespan. The fibre anchorage of the HERO system is market leading and allows for annual renovation of the playing surface as required without the loss of any synthetic fibres or the deterioration of the hybrid grass system.

The surface is oversown with one of Barenbrug’s elite turf ryegrasses, Pinnacle III ryegrass, to give the resilience and colour across the ground to cope with the high levels of traffic and boot studs on while maintaining a consistent surface for player comfort.

Tony’s strategy is to provide a surface that will give AFL a 100 point game, or for cricket an average 30 runs per wicket, with consistent traction and Clegg hardness ratings on all points of the turf.

First laid in 2017, the turf for Optus Stadium is pre-grown at the HG Turf Group’s local partner Greenacres Turf Group farm in Serpentine, south of Perth. With such a busy sports and events schedule at Optus Stadium, Tony and his team also maintain approximately 10,000 sqm of contingency turf at the farm for annual turf replacements.

The maintenance plan for the stadium is an annual cycle, starting at the last AFL game for the season, to prepare for the summer.

The Bermuda couch grass is allowed to grow to around 9-10mm by January, to allow for a faster cricket outfield and to give a stronger colour. During February and March, the length will increase to 15mm in preparation for the start of the AFL season. Grooming occurs every two weeks, with coring for seeding of the Pinnacle III ryegrass in mid-April. Planting rates of ryegrass will be dependent on the level of maturity from the previous years’ plantings. Throughout the year, any fertiliser and fungicide inputs are used as needed – Tony prefers to work with the grass’ natural endophytes to maintain microbial plant health.

“I used Barenbrug ryegrass in Dubai, so I know and trust what it can do and how it will perform. Using the Pinnacle III ryegrass was a natural choice for the turf at Optus Stadium. It provides me with three key elements – colour which looks good on the TV broadcast; drought resistance and thirdly, disease resistance. If the turf can survive the heavy use through summer and winter without needing replacement and no player injury, then I know we have a first-class turf, for a first-class stadium.”

“Our breeding program is literally at the grass roots of driving the turfgrass industry forward and we are proud to play a small part to make game day events such as the AFL Grand Final a spectacle for players and fans alike.” 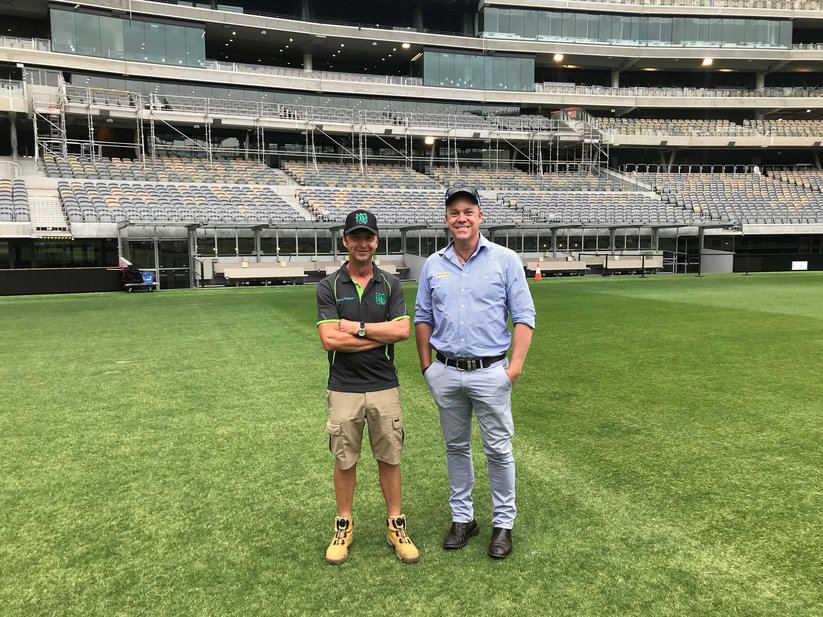