Barenbrug is pleased to announce successful appointments to the sales and marketing team, to build on its commitment to Australian farmers and reseller network. 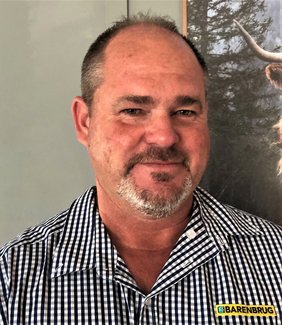 Adam Firth takes on the role of Commercial Manager, Northern Region for Barenbrug Australia. Adam brings a wealth of knowledge in agronomy and sales. With more than 16 years in the industry, including more than four years as a territory manager for the northern New South Wales region based in Grafton. Adam is experienced in agronomy, sales management, and relationship building. On taking on the role, Adam said he is looking forward to leading a team of highly experienced territory managers to service the needs of agriculture in northern Australia. “Barenbrug’s commitment to research and innovation means that we have an opportunity to provide the northern beef market the best products and offer advice on best practice,” said Adam. “Ät the end of the day, we are working with industry to get the best outcomes for Australian agriculture, and it is a real privilege to provide leadership to our northern Australian team to deliver on that promise.” 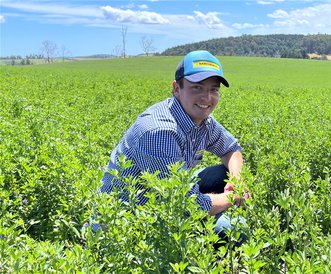 As a graduate, Angus Olding was given the opportunity to learn firsthand how Barenbrug Australia ticks from the warehouse, through finance, sales and marketing, to seed R&D and production. His willingness to step outside of his comfort zone to learn and challenge himself, has been rewarded with his recent appointment as Territory Manager, for the Gippsland region for Barenbrug. More recently, Angus was the Commercial Analyst, providing insight across the business. Angus believes it is this commercial acumen and knowledge of the Barenbrug company that will set him in good stead moving into the Territory Manager role. This, combined with a strong customer focus to work with farmers and a desire to combine a love of science and agriculture has been seen favourably by his peers. “The skill set that Angus brings to role will be of enormous benefit to our networks in Gippsland,” said Peter Sullivan, strategic marketing manager, Barenbrug. “I know he will be a huge asset in the region and be invaluable moving forward.” 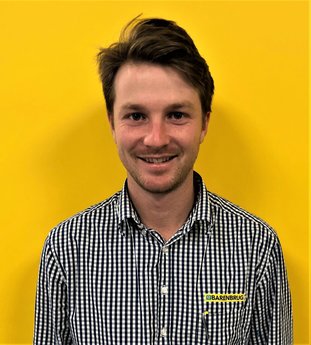 The role of Portfolio Manager at Barenbrug Australia plays an important part in bringing together the research and innovation the company prides itself on, and its end user. As a former researcher with the company, Ben Vercoe is well versed in the R&I priorities and well placed to be the new Portfolio Manager for the growing Tropical and Summer Crops portfolio. Ben comes to the role with five years’ experience with Barenbrug after joining the company as a graduate in Agriculture from University of Queensland. With an extensive family background in agricultural research, Ben had a natural affinity and respect for the discipline and his contribution to the Research and Innovation team has been well recognised. “Working with the research team at Barenbrug has been a rewarding time, but I am looking forward to tackling the role of Portfolio Manager and bringing to market that wealth of knowledge and successes in our products that we have worked hard for,” said Ben. 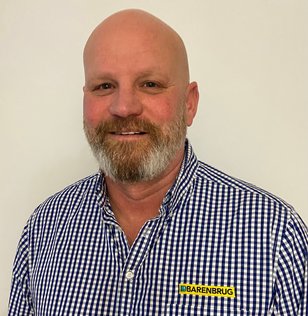 Barenbrug Australia has recognised the valuable input that Kym Jones, Commercial Manager, has had with the company by appointing him to the role of Portfolio Manager – Temperates. The position plays a pivotal role in liaising between Barenbrug’s extensive research and innovation and commercial teams to bring to market seed products suited to Australian agriculture including temperate grasses, brassicas and herbs. Kym has been with Barenbrug for just over three years but has significant industry experience spanning more than a decade. With knowledge of seed research and a good understanding of what customers’ needs are and hands-on knowledge of farming systems, Kym says he can hit the ground running. “I’m passionate about agriculture – I want to help farmers be as productive as they can be, and the research and innovation that Barenbrug undertakes is second to none in bringing that to fruition. I am excited to take on this role and looking forward to the challenge and working with our researchers and liaising with industry to determine the best possible products.” “Kym’s experience in the industry and understanding of our key markets will add real value to Barenbrug and our customers. I look forward to Kym’s experience and leadership contributing to the performance of our key Temperate portfolio,” said Peter Sullivan, strategic marketing manager, Barenbrug.