THE pasture-based nature of Australian and New Zealand dairying was what gave the two countries their “competitive advantage” over other dairy-producing nations. And that made pasture research vital for the future prosperity of both countries’ dairy farmers.

This is according to DairyNZ chief executive Tim Mackle, who spoke at the DairyBio open day at Agriculture Victoria’s Hamilton research site last week. The Hamilton site is home to the world’s largest perennial ryegrass field trial. Dr Mackle said the NZ and Australian dairy farming sectors were “getting much closer” and collaborating more on research and extension.
He said the two countries needed to take control of pasture research initiatives and move them forward. They underpinned “our competitive advantage globally, so it makes a great deal of sense for us to work together”.

The project uses a combination of the latest technologies to fast-track progress including hybrid breeding,
the use of new sensors to identify elite plants and the use of genomic selection to make DNA-based decisions.
Dr Mackle said the pasture- based production system was an “efficient cost structure” that enabled NZ — which exports 95 per cent of its production — and Australian farmers — who export 40 per cent — to compete against international, subsidised competitors.

Other countries concentrated their research efforts on cut and carry crops, like maize, so Australia and NZ needed to put their research resources together to invest in pasture development. That work was not being done anywhere else, except some programs in Ireland.
“The Victorian Government’s Agriculture Victoria seems to be supportive of the dairy industry and that collaboration is really important,” Dr Mackie said. “In NZ, we do have that too, but the NZ government is looking for options other than agriculture, and we have a smaller population base, so it is something that we, too, must keep working at to maintain these collaborations; these projects are resource- hungry.

Meanwhile, Dairy Australia managing director Ian Halliday said the Hamilton site was a “hidden jewel” in
he field of Australia’s agricultural science. “This is your levies at work,” he told the 150 dairy farmers and service providers, who travelled from across Australia for the event. 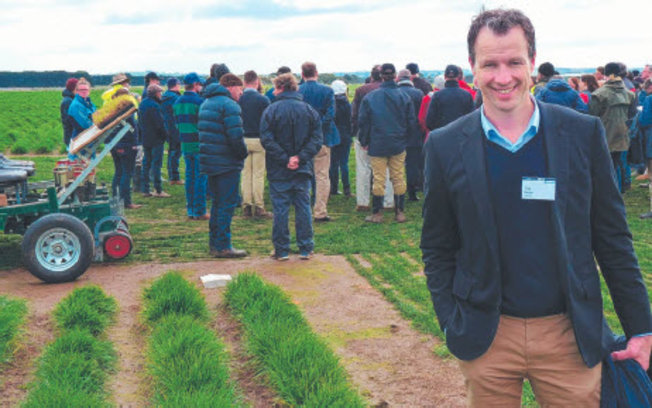