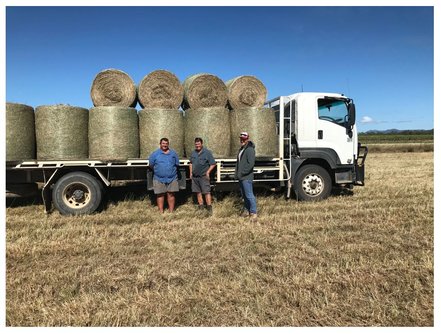 Fortunately, they were able to also purchase another 160 hectares of irrigated cane farms at the front of the property, which not only returned that land to the original parcel, but also meant they could produce hay and silage under irrigation.

Previously a Queensland Government Research Station, the 33,000-hectare Swans Lagoon is near Millaroo and is managed by Dave Roberts.

The aim of acquiring the irrigated country was to not only produce good quantities of hay and silage, but also good quality feed that would be highly palatable for cattle.

The process of establishing Mariner starts in the summer - even though they have access to irrigation, Dave aims to use summer rainfall and heat rather than paying for water.

“We start by preparing the ground into a really good seedbed, with the approach depending on the country and soil types. We have some very heavy clay soils here, so you’ve got to deep-rip to get the moisture in and we may also disc twice to get a very good seedbed,” Dave explains.

“We’ve sown the Rhodes grass both through a fertiliser box, and also drilled it into the ground, through a proper seed drill, and we’ve had good results both ways, so it doesn’t really matter how you do it.

“I would say though that you can’t cover the seed too much, it needs to be shallow - there only needs to be two or three millimetres of soil over the top of it.”

On the country which has been sown with the fertiliser spreader, a light mesh panel is dragged over the paddock to get some coverage of the seed. The Mariner seed is also treated with AgriCote, ensuring essential macro and micronutrients are immediately available, a process Dave believes helps with good establishment.

“On the first plant, instead of cutting when it’s ready, we let it grow, and then it seeds itself, and then we’ll let that come up before cutting it,” he explains.

“This method means the plant puts more seed down, and grows thicker, resulting in a strike rate of about 70 per cent.”

With an aim to get eight cuts of the Mariner Rhodes grass per year, the start of the season can be a little more difficult to manage.

“During the wet season we can’t get on our paddocks and cut when we need to, so it’s a bit difficult if we’re getting rain over two to three months in the heat, the paddocks can get away a bit,” Dave says.

“However, I find with the Mariner it comes back into control a lot quicker, while but a lot of the other varieties of Rhodes grass get a lot coarser.”

The variety is ticking the productivity box, averaging about 4.7 – 5 tonnes per hectare of feed, with the first cut after the wet season being up to double. Importantly, Dave says the variety maintains production consistently.

“Mariner recovers quickly after a cut, and it doesn’t lose any tonnage as you go through the year, unlike some other grasses we’ve got here,” he says.

“We’ve had Mariner in two years now, and it hasn’t lost production, still cutting 4.7 – 5 t/ha, and keeping its quality.”

Half the Rhodes grass is baled into round bales, mainly a 4x4 of about 200kg in weight, and the remainder is round-baled into silage. The country is then fertilised and irrigated. One of the keys to success has been moving from a straight urea fertiliser to a more complete DAP product, at 250 kg/ha, which has improved quality and persistence.

Most of the hay and silage is then used on the property to be fed to weaner cattle in a feedlot.

“We put a lot of cattle through our feedlot, feeding them hay and silage, mainly to quiet them down and get them used to eating out of troughs,” Dave explains.

“We find if we feed the silage straight away, it’s a bit too rich for them, so we mix hay and silage together through a mixing wagon.

“They might spend two weeks in there and we found they do not lose any weight at all, even after being weaned, which is a tough time.”

With the good results Dave has been getting with Mariner, there are plans to put 40 hectares of for Swans Lagoon irrigation country into a mixture of leucaena and Mariner Rhodes grass in the next 12 months. 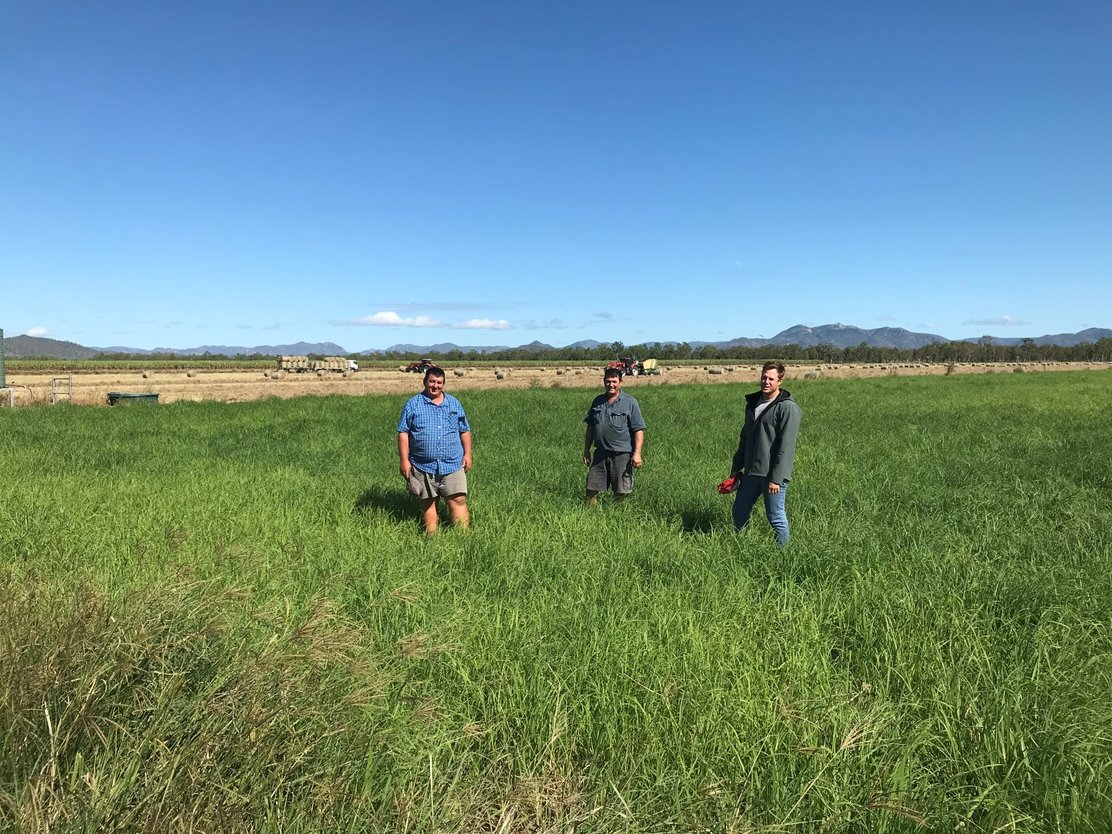