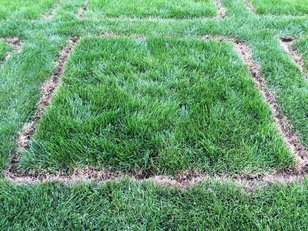 According to Turf Manager, Sam Tankard, there are no features more important to him than root depth and density. When it was constructed 21 years ago, the MVRC course was built as a StrathAyr Track on a 280mm profile. Since then it’s come up 100mm with topdressing and organic matter and that’s why good root structure is so important.

“Other things we’re looking for in a grass are colour, we like a thick leaf blade because it makes the turf look really dense, and spring, summer and winter growth are all important,” Sam said.

In 2015 the track staff at MVRC decided the best way to evaluate new grass varieties suited to their conditions was to conduct their own trial.

They chose to establish 16 different grass varieties and blends. Each was sown on August 21 into 2m x 2m and plots after the top 30mm was removed with a sod cutter. Seed was broadcast as evenly as possible in the plots by hand and all plots received the same fertilisers, biostimulants and water.
Sam said the plots became stressed in January with high sodium, chloride and bicarbonate in the water.

What was particularly interesting was how they reacted and responded. In the plots, RPR delivered full coverage and maturity within 50 days of sowing. Germination was slightly slower than other grasses although this variety caught up quickly. Sam said the RPR colour was excellent, it had the best density and although thinner roots, it had a very good root structure all year round.

In spring and summer they were able to maintain RPR at a height of 100mm, which was another standout feature. Sam thought this would be a great grass to seed with, if doing a major renovation. It was a highlight over spring and summer and spreading was clearly evident.

“RPR is a sports turf with creeping capability. A lot of places that use it are cutting it at a maximum of 25mm, but we’ve been able to maintain it at 100mm, so it was a really good trial. The colour is brilliant and it looks almost like a couch when you cut it right down,” Sam said.

“In winter, in our fill mix and with a disc seeder, the Bealey had germinated within 10 to 13 days. It had quick upright growth and I would certainly use this grass all year round.

“Bealey is just a top perennial ryegrass type. It’s quick to maturity and full green colour, good spring and summer growth and really outstanding winter growth. It outgrew grasses in other plots by 1.5 to two times. The others were cut in winter maybe once a week, but we were able to cut the Bealey twice a week through winter and the colour was a standout. It had fantastic colour.

Sam said the other variety they liked was Rohan spreading perennial ryegrass, SPR (pictured above in centre).

“Rohan had fantastic root structure all year round and no doubt would race well. It doesn't have the growth rate of the other pasture ryegrass varieties, but it did recover very well from damage from our poor quality water. If we were looking for just root structure this would be the pick and spreading was evident.” He said they thought a 70:30 mix of Bealey and RPR perennial ryegrass’ would work best for their race track.

Barenbrug Portfolio Manager – Turf, Matt Merrick, said “Mooney Valley has changed over to using our grasses due to their success in their trial work.

“We’re very happy to put our varieties up against the others, because we have tremendous genetic diversities to offer different traits to suit individual needs.”

Sam Tankard, Turf Manager Mooney Valley can be contacted on 0403 360 125 for any further questions on the trial results. 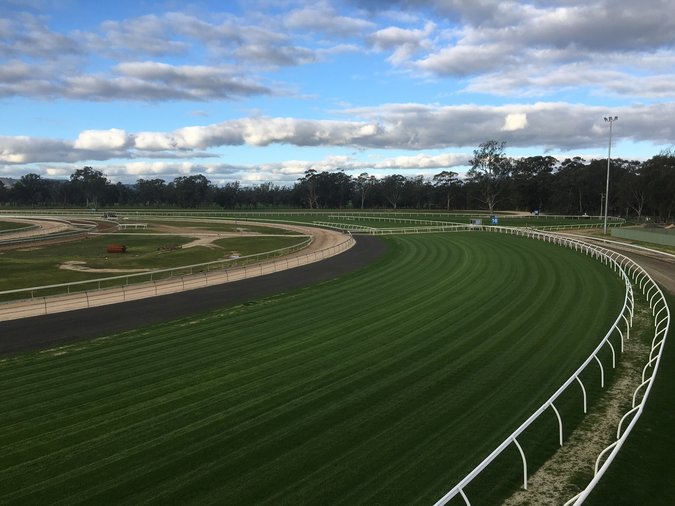