Northern Australian agriculture is set to be boosted by the opening of a new $15-million facility in Toowoomba to provide growers with sub-tropical and tropical seed requirements.

The investment by Barenbrug (formerly Heritage Seeds) will see the latest equipment installed in the facility to allow for seed coating, bagging and distribution across the north, including to international customers. The seed company specialises in tropical and temperate pasture varieties, as well as fodder crops, forage cereals, field crops and turf and amenity grasses.

“We believe there is a significant opportunity to increase engagement and support for northern growers, so we’ve designed a new Toowoomba facility with capacity to expand as needed,” he says.

“Business growth has meant we’ve outgrown our current site in southern Queensland, so the new facility will help provide us with the ability to service the northern market more effectively.”

“We will then treat that seed in various ways, including using AgriCoteÒ, a tailored seed coating treatment, incorporating fertilisers, nutrients, insecticides and fungicides,” Mr Richards says.

“We can also film-coat the seed based on our customers agronomic requirements prior to planting, plus we have the capacity to coat seed with biological products.”

The Toowoomba site also has a warehouse where the seed is re-bagged, re-labelled and then set up for distribution via sales networks.

“The site incorporates the latest technology, but more importantly has the ability to give us the verifiable quality we demand in our seed products,” Mr Richards says.

“Essentially this new site means consistency, volume produced and quality can now be taken one step further, which was more difficult at the old site.”

Handover of the new building to Barenbrug took place early October, with the facility expected to become operational from the 18th November. Importantly, the old Toowoomba site will not be decommissioned until the new site is fully operational.

It’s an exciting time for the business says Mr Brown, with a range of activities planned to mark the expansion into northern Australia.

“We are holding the annual company conference in Toowoomba at the end of October,” he says.

“Then there will be an official opening of the facility in early 2020, where dignitaries will be invited, as will representatives of the Dutch-based Royal Barenbrug Group.”

To find out more about the new Barenbrug facility in Toowoomba, head to www.barenbrug.com.au. 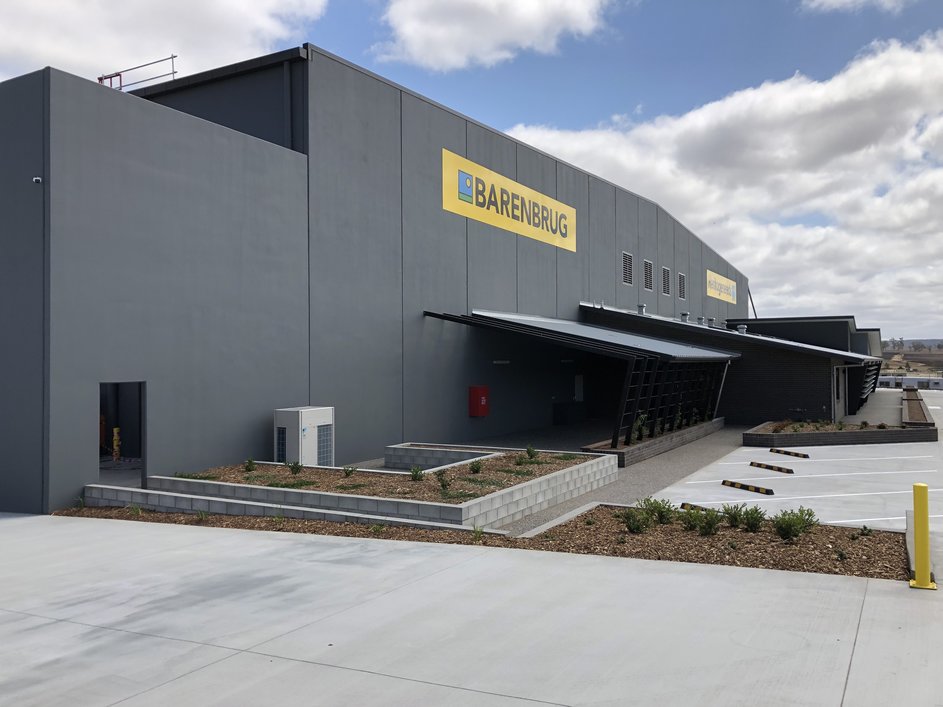