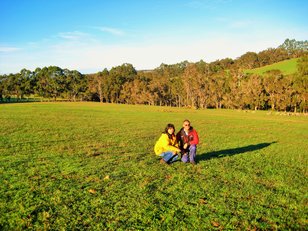 When Alan and Sandy Forbes ‘pulled up stumps’ and moved their Roytson SAMM and White Dorper Studs from Jerramungup to Napier, the quest was set to boost productivity and find the best pastures to suit their new property.

The pairing of high yielding ryegrass genetics to their 800mm rainfall has uncovered enormous potential.

Alan explained they planted Shogun in May 2016.

Despite it being one of the wettest years in quite a while across the south west, it grew right through waterlogged conditions when other pastures just stopped.

“On just eight hectares we ran 100 white Dorper ewes and 120 lambs from mid-June to late July. It had a break for about a fortnight and in the second week of August we put in 110 young Dorper rams we were preparing for our September spring sale,” he said.

“They were on that paddock for about six weeks and in spite of them going in a bit light because of the wet conditions, they put on, on average about 20kg in that time. That was a huge live weight gain.

“Then we locked the paddock up, cut it for hay in November where it averaged 7.5 t/ha of dry matter. I couldn’t believe it. We took the bales off and got still more grazing over summer.

“Because it’s a perennial I wanted to be careful with summer grazing, but once we had that February rain it took off again and we really made use of that extra feed.

“We just let it establish a root system before we grazed it initially. It was quite wet and we didn’t want the animals to pull the small plants out of the ground.

“Shogun’s a more vigorous grower, so we can graze heavier and we feel it doesn’t have the high nitrates that some of the others appear to have that can cause sheep to scour.

“It’s a finer leaf highly palatable ryegrass with a good fibre content, but of course you’ve got to keep the fertiliser up.

“In June, we put on 100kg/ha urea and once the sheep were off the paddock we put on 400kg/ha of a NSK fertiliser blend that I had made up.

“We found Shogun persisted really well and the plant density stayed quite high, so we’re really happy with it and we’re going to plant a lot of our river flats next year.”

Alan said managing Shogun to persist included stopping it from setting seed. “On another paddock, it went into seed set and that was the wrong thing to do because the plant density dropped right off,” he said. “Alan and Sandy’s impressive results reveal just how productive Shogun is,” said Barenbrug Territory Manager, Tim O’Dea.

“It’s easily comparable with annual ryegrass in the first year and they will find substantial yield gains in the second and third years compared to other perennial ryegrass varieties. “Another Shogun benefit is that it’s very late maturity can allow optimal silage or hay cutting at a time when rain events are less likely and drying conditions are better.

“Shogun has the added benefit of the NEA endophyte, which offers resistance to many insect pests including Black Beetle and Root Aphid. Both are common problems throughout the Southwest.

“Growers will find Shogun is well suited to higher rainfall or irrigated areas. In these areas Shogun will have superior overall production. Where irrigation is available, growers have the added option to water and keep it growing and productive, or let it go dormant over summer and it will regenerate in the following autumn,” he said. 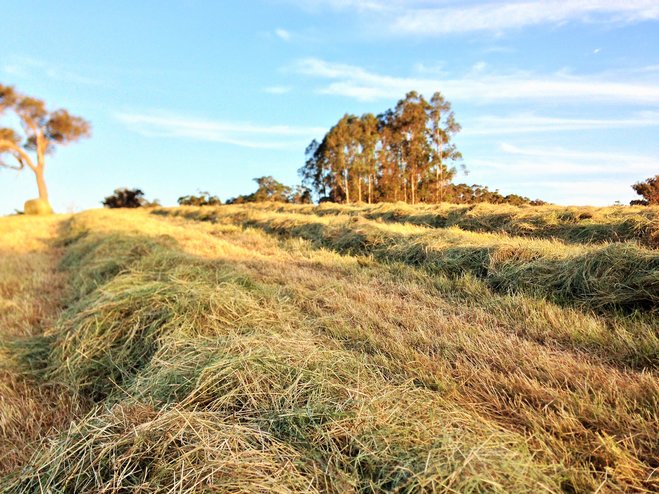 Just 30km from Albany at Napier, Alan and Sandy Forbes run Roytson SAMM and White Dorper Studs in conjunction with a commercial prime lamb and wool producing sheep enterprise. Their stud sale is being held on September 18. For more information on the sale growers can call Alan on 0447 993 256 or Sandy on 0 427 354 036.