Trying something new pays off with bumper grain sorghum harvest

In a tough year, trying something new can feel like a bit of a gamble. But after consulting with his agronomist, it’s a gamble that paid off for farmer Justin Ramsay with a bumper grain sorghum crop that has him coming back for more.

Justin operates a mixed farming enterprise half an hour north of Moree in northern NSW, where he runs 1500 merino ewes alongside his summer grains cropping.

“We operate on a five-year rotation, focusing on sorghum, chickpeas and barley. Our farming system evolves

around stubble retention, with opportune plantings of legumes including chickpeas and faba beans,” he explained.

When it comes to choosing the right varieties to put in the ground, Justin has a few challenges to overcome.

“Aside from the dry weather, we have contrasting soils on our property - from light red loams to heavy grey clays - so we need to plan when to plant and when to harvest to get the best result. We also have pockets of sodicity at root level to consider, so it can make choosing the right variety a bit of a challenge,” he said.

Last year, having not planted grain sorghum for five years, Justin felt out of touch with the best varieties to put in the ground. For this reason, he sought advice from his local agronomist.

“We’ve had a tough few years, and I really needed reassurance that whatever I put in the ground was going topay-off. We considered a few options, but in the end, I decided to go with Barenbrug’ HGS-114. I hadn’t seen it before, and I usually like to see the crop beforehand, but the data was convincing. It was consistently up there in the top 2 or 3 in trials, so on the recommendation from my agronomist, I decided to give it a go.

When the opportunity arose to sow the summer crop, Justin decided to plant it all in one go – a risk that thankfully paid off.

“We got it in the ground in early September, after some rain in August, and it just took off from there. We had no hiccups, no issues. It had really good early growth, and when it came to harvest, we had a great yield.”

Justin loved it so much, he took footage of himself harvesting the crop and posted this on social media, which has prompted a few farmers to contact him to find out more about his experience. Suffice to say, he has already placed his order for this coming season.

“This year we’re planting 760 hectares, which will be almost exclusively HGS-114, but this year we might split it up over a few plantings,” he said.

According to Brent Scott, Barenbrug’ Summer Crop Portfolio Manager, HGS-114 has proven to be a terrific all-rounder, with many similar stories to Justin’s since the variety was launched several years ago.

“The dry weather has made it very tough for farmers to try new varieties, as there’s always an inherent risk in trying something new. But what we’re finding is that HGS-114 is incredibly versatile. It performs well across a number of geographical locations, tolerates heat and moisture stress reasonably well and is one of the most stable performing hybrids on the market”.

“As part of the Barenbrug Group, Barenbrug places a lot of importance on bringing tried and tested hybrids to the marketplace. We invest a great amount of time in selecting and growing varieties that will deliver value to our customers, and allow them to grow their business with confidence. Stories like Justin’s are always a good reminder that we’re doing a good job,” Brent said. 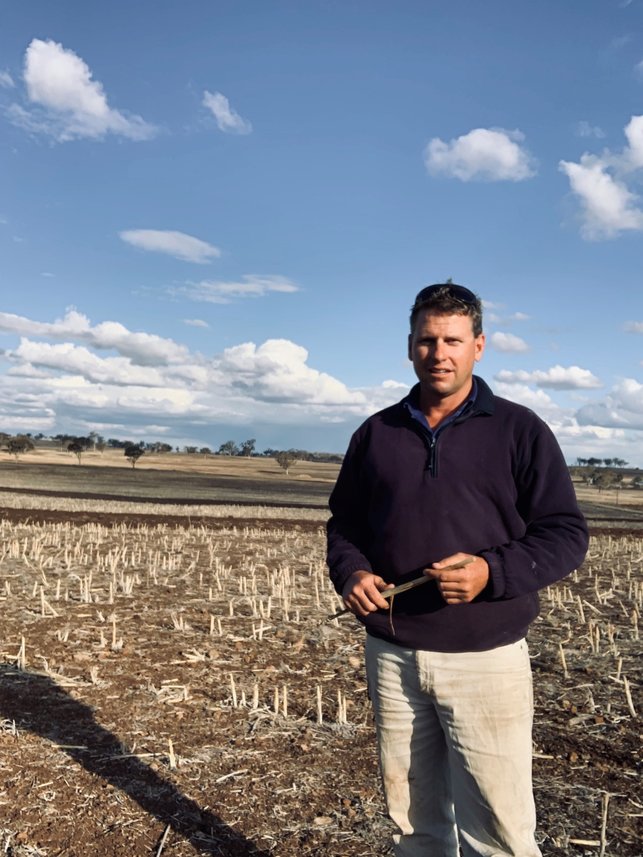